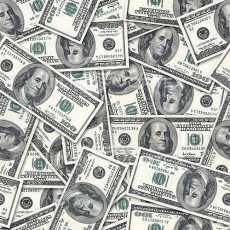 o, when I was an impressionable high school senior on the verge of graduating, a family friend, who I believe thought he was being helpful, told me that journalism was not a major I should pursue in college. I felt a bit crestfallen. I respected this person’s opinion. At the time, I was so happy and felt so mature that I had used deductive reasoning to arrive at my journalism major. I loved to write, and I was good at it. I was curious about the world and at the same time, I was the quintessential ‘save the world’ type. I needed a profession that would combine my interests while also delivering a stable paycheck, despite how paltry that paycheck might be. For a full-time gig, in my view, journalism beat out author and poet for its stability and pay, and I was excited about my choice of major. His advice stung.

His reasoning was that print media was a dying profession, that the pay was miserable and that it was wiser to consider a business or burgeoning technology field.

More than 20 years into my career, turns out he was partially right and dead wrong at the same time. So many of my journalism colleagues have received buyouts or have been laid off. Sadly, journalism routinely ranks low on the list of professions that are respected and that pay well. Many newspapers have shuttered. Some are still hanging on.

Regardless, he was dead wrong because his advice ran contrary to what I felt deeply in my heart, and still feel. I chose to stay true to my heart. I believe this is very often the best choice. I also still believe in the power of journalism to effectuate change, and I fear a world with no watchdogs.

Be smart. But stay true to your heart’s desire. Listen to that voice deep inside of you. I have always believed that voice to be God. Don’t let money hold you captive.

Life is too short for regrets.