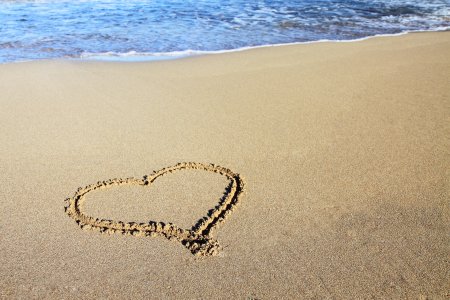 Women, we can have it all: The fulfilling career, the loving relationship, kids, the fit body, the best girlfriends, amazing vacations, me time.

Whatever we desire we can have, with two caveats. First, we must think we can have it all. We must see our dreams coming true. And we must turn these thoughts into actions. As Iyanla Vanzant likes to say: We must do the work.

The second caveat is we must realize that some of our dreams won’t come true in the way (or in the timing) we envisioned them. And that’s totally OK. Sometimes we have to let an old version of a dream die, so that a new version can live. This happens when we are open and flexible enough to receive a wide range of blessings. This requires that we shift our thinking to broaden our possibilities.

It’s our dreams, just wrapped in a different package. I’ll admit it took me awhile to realize this. I was dreaming in a very specific way, not realizing that my heart’s desire was unfolding right before my very eyes.

Divorced at 33 and childless, I dreamed of someday remarrying and having a couple of kids. But I was also moving to the Washington, DC area from New Jersey, and knew the odds were not in my favor. Our nation’s capital has the highest ratio of women to men in the country, according to the Census Bureau, with roughly 112 women to 100 men.

After dating off and on for a few years, I was now in my late 30s and beginning to worry that my window of opportunity to have a baby was dwindling fast. Sure women have children well into their 40s, but that didn’t seem likely for me.  There were no real husband/daddy possibilities.

It was around this time, a group of girlfriends and I had a sleepover at my house. We drank great cocktails, ate delectable food, shared makeup tips and hilarious stories, listened to music and even danced (after too much wine). But as the night wore on, we began to do what many single women do next in the company of our girls. We talked about men. And we got deep. We shared our fears and our dreams, our disappointments and our resolve.

Some of us had recently read “The Secret” and wondered if any of it was true. I had long been a fan of vision boards, but up until then, I had never tried envisioning my ideal mate. So I suggested we each write down on a piece of paper as many characteristics as we could think of that our future soul mate should possess. We were aiming for 100. The only rule was that we were forbidden to include any superficial or shallow items on our lists. (e.g. does it really matter what he drives or that he has green eyes?)

After we were done, we took turns reading our lists to each other. We listened intently as we each exposed a little of our souls. There were some real gems on those lists. Our little group wanted men who believed in God but who were respectful of other beliefs; smart men, who were thoughtful; brave men who were also gentle souls. We wanted men who were chivalrous and kind. We wanted our hearts to swoon when we saw him and we wanted him to care deeply about others and our world. We wanted him to love his mother. Although we were all professional working women, we wanted providers.

I was also looking for a man who would make a good daddy to my child, yet I wasn’t sure either would ever come. Still I dreamed and hoped and prayed, ever the optimist at heart.

We were vulnerable that night and it was a beautiful thing. We were speaking our dreams into existence.

I was 37 years old then, and as I read over my list and listened to my girls’ lists, I recall thinking how different the items would have been on my list in my 20s. I recall wishing that I had this level of wisdom back then.

Two weeks after my 41st birthday, I met the man I will marry this year. Ironically, I lost my list years ago; haven’t been able to find it anywhere. But I don’t think I need it anymore. I sent up my prayer that night with my girls and I believe God more than answered it.

A couple of months ago, I adopted an active and animated little 2-year-old boy who couldn’t be more perfect for me. He will have a good role model in my fiancé’s older, 20-something son. My heart overflows with love.