I asked a student what he wants to do with his life after graduation. This is a fairly typical conversation that happens often on campuses.

He paused for a moment, struggled to get his words together and then said, “Well it sounds crazy when I say it out loud, but in my head it makes sense.” He started to give me the watered down version of his dreams and I immediately stopped him. “I want to hear the unadulterated (give it all you’ve got, this is what keeps you up at night) version of how you see your future, whether you think I will understand it or not.”

The young man went on to say he wanted to become a venture capitalist and that he was extremely passionate about entrepreneurship – the engine, he believed, that keeps an economy moving. He talked about the steps he needed to get there, the things he did in his spare time to learn more about business and how he believed in building a brighter future for people, who just like him, had big dreams too. 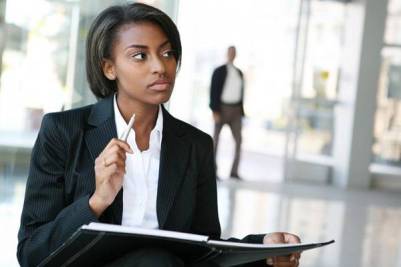 His passion instantly filled the room and vibrated through his voice. I encouraged him to continue sharing his vision. “The more you speak it out loud, the more it will become a reality.” We talked about other steps toward his success, like writing it down, creating a plan of action, and seeking out people who were already doing it.

Somewhere between our thoughts and our lips we lose our courage to make dreams become a reality. We get discouraged when others don’t get our vision and we cower when they laugh at our ideas. We let doubt creep in. We stop dreaming.

I reminded this student that no one is ever going to believe in his dreams more than he was. And he had to be willing to sound a little crazy to make something big happen. There hasn’t been one innovator, since the beginning of time, that didn’t have people who told them that it couldn’t be done. Ask Bill Gates or Steve Jobs or Mark Zuckerberg. Ask the thousands of scientists, medical researchers, teachers, and nameless others.

Dreamers have to be willing to trudge a lonely, unfamiliar and unpopular path. They have to get used to hearing people say, “That will never work” and do it anyway.

They forge ahead. They fail. They start over.

They make their dreams come true, in spite of it all.