I’m drawn to healthy competition. So naturally, I would get drawn into the Fitbit craze.

It took me four months (ok, five) to officially install my Surge after I purchased it, and to synch it up to my iPhone – not because it was technically difficult to do, but because I believed it would be tough to do. I’m all hooked up now and have come to rely on the technology to motivate me to exercise daily, especially when I don’t feel like it.

I’m now good and accustomed to it and have begun to take part in the friendly competitions. Man, is this fun! Addictive, even. Imagine that — exercise that is addictive and fun.

I started my day yesterday morning inviting five of my friends to a Daily Showdown, which is a challenge to see who can walk the most steps in a single day. I got a quick jumpstart after I dropped my son off to pre-school – securing more than 6,000 steps before 8:30 a.m.

I got into my car feeling smug and satisfied, thinking surely my tactical strategy with such an early morning lead would secure the win.  But any early feelings of confidence were quickly dimmed when I noticed that two of my friends had also reached 6,000 steps by mid-morning and their numbers rapidly grew throughout the day — over mine. A third friend was quickly threatening my number.

This would be war.

I spent my lunch break walking. I took the lead again, but only for a short while before another friend edged me out.

As this went back and forth throughout the day, I smiled knowing that the awesome thing about competing on Fitbit — or any fitness tracker or pedometer — is we all win. I walked 25,146 steps last night in the competition with my friends. In the end, I lost the challenge. I have a friend who is Army-tough and a fierce competitor and she bested me at more than 28,000 steps. Another friend ended at almost 19,000 steps and a third nearly topped off at 13,000 — all well beyond the 10,000 steps, which many in the fitness and health worlds think is a great daily number to reach. 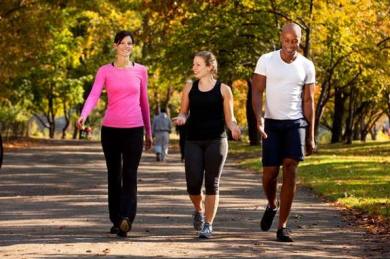 But I didn’t really lose. It’s highly unlikely that I would have walked that distance — more than 10 miles — by myself, without the friendly competition.

That’s what it’s all about – pushing each other to be successful. A friendly competition that can yield huge health results. Under these circumstances, I’ll lose every day because ultimately I win. We all did.