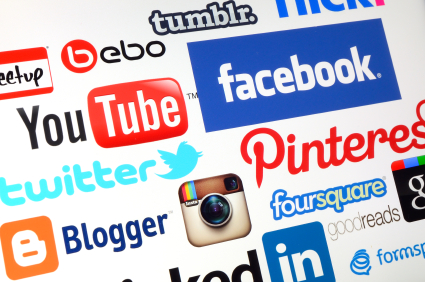 No one is paying attention anymore.

Regrettably, I’ve come to this conclusion after people watching recently. Just look around, at the motorist driving beside you, at the pedestrian crossing the street, at the person on the treadmill in the gym or the couple seated in the restaurant.

Everyone is preoccupied, or so it seems. You don’t have to go far to see someone talking or texting on their mobile device – or headset in ears, tuned into their music, oblivious to the sounds of the outside world. Many of us have become that someone, at least on occasion, more engaged in the virtual world than the real one.

The other day, I watched a middle-school aged kid cross a busy intersection, and the whole time, he was staring intently at his cell phone. He never once looked up to check the walkway or the intersection for moving cars. I felt an urge to honk my horn to get his attention, but not wanting to frighten him, instead I just watched him as he walked up the street. He never looked up or away from his phone. Why do kids even have cell phones in middle school?

I couldn’t help but think about how times have changed. I remember walking to that same school that this kid was coming from, making up games as I walked the cleared path. I would notice things like the basketball court, the new deck that a neighbor was building, or the wide open field beckoning me to run across it.

But it’s not just the kids. Technology’s allure has captivated adults, myself included. I have had to take breaks from it – sometimes several months at a time – to refocus and to boost productivity. For all of its plusses – and there are many – technology has made us so accessible that we’re never truly turned off. Technology has become so addictive that I have circled back to the house when I realized I left my cell phone on the charger. How in the world did I survive 15 years ago?

I use to be the editor of a magazine that covers how the military uses information technology for everything from business applications to warfighting. I recall a 3-star general addressing a conference once and explaining how technology use and understanding differed between Millennials and younger, and those of us who are middle aged or older. He called the Millennial group “technology natives” and said the older group was filled with “technology immigrants,” meaning we have to learn the language of technology since it doesn’t come second nature to us the way it inherently does for the “natives.”

The audience laughed and nodded their heads in agreement and I remember thinking that we “immigrants” really have an advantage. We knew life before technology became so pervasive and we know life as it is now. We got the opportunity to see and experience both sides.

Even with all of the advantages that technology provides, I wouldn’t trade my childhood for a chance at growing up a part of today’s uber-connected group. I wouldn’t trade the real-life connections we made on the playground for the number of likes a virtual connection offers.

I wouldn’t trade nothing for my journey.