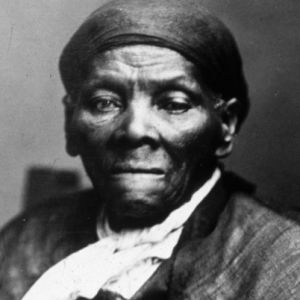 I’ve always been fascinated with Harriet Tubman. Growing up in Maryland, just as Harriet did, as well as other freedom leaders, I took particular pride in learning about her strength, courage and sacrifice.

In a high school English class, I wrote a paper on Harriet Tubman because it was important to me that my teacher grasp just how brave and loving and fearless she was, and I suspected she didn’t fully know since black history wasn’t a subject that was widely taught in school. Harriet Tubman is the embodiment of selfless. She cared more about leading enslaved people to freedom than she did about her own comfortable safety up north. She wanted to save as many people as she could and she risked her own life and freedom, at least 13 times, to do just that.

Can you imagine this type of love and self-sacrifice in this day and age? Where every man seems to be for himself, where people question your motives and intent, where it’s considered a weakness to ask for help, and where people wait for someone else to get involved, but never themselves?

Harriet Tubman made an incredible difference. Just one woman became a human force to be reckoned with. At one point, there was a $40,000 bounty placed on her head. She had everything to lose yet still she put it all on the line to help other people.

After a daring escape from slavery in 1849, when she fled to Pennsylvania, she made more than a dozen trips back to Maryland to free her family members and other slaves. She is widely quoted for not allowing slaves to change their minds. She didn’t give them a choice. Once they started out with her, on the path to freedom, they were either going to be rescued or she was going to kill them, and she carried a gun in case someone wanted to try her. It was too great a risk for Harriet to have some lukewarm, not-sure-what-they-want-to-do negroes to contend with. “I freed a thousand slaves. I could have freed a thousand more, if only they knew they were slaves,” Tubman said. How relevant then as well as now are those words?!

Harriet had been brave her whole life. When she was 12, she was protecting another field slave from her evil master, when the master threw a 2-pound iron weight at the other enslaved girl and it hit Harriet in the head instead. That assault caused her to frequently black out from debilitating headaches for the rest of her life. During the Civil War, she worked for the Union Army as a cook, a nurse and a spy. After the war, Harriet and her second husband adopted a daughter named Gertie. In her later years, she aided the Women’s Suffrage Movement, working side by side with Susan B. Anthony.

A noted speaker, Harriet never stopped working for causes to uplift human and civil rights for blacks and for women.

A few years ago, the state of Maryland opened the Harriet Tubman Museum and Educational Center in Cambridge, MD, just a few miles from where she grew up, to commemorate her life and the importance of the Underground Railroad. The museum is located on the 125-mile Harriet Tubman Underground Railroad Byway, which was designated an All American Road by the Federal Highway Administration. (you can learn more here http://www.harriettubmanbyway.org/). I can’t wait to take this trip and to walk the sacred grounds that Harriet and other slaves traveled to freedom.

Black History Month is a good reminder that we owe it to ourselves and we owe it to American history to learn as much as we can about this American hero, and to share what we’ve learned with our children and our children’s children. I’m so glad to know that actress Viola Davis will play Harriet Tubman in an HBO movie — bringing her story to a broader swath of America.

We must always remember her. We must never forget.