It wasn’t until I got to high school that I truly learned how to give a genuine compliment. I learned it from watching my best friend Nikki who had a knack for offering small words of praise to anyone who she admired.

She’d notice your new hair cut, perfectly manicured nails, nicely fitted attire or your dazzling smile. It didn’t seem to matter what else was going on with you that day, you could have been having a bad hair day, but if she saw something exceptional in you that day, Nikki would be the first to give you a sincere compliment. She was only 16 years old. 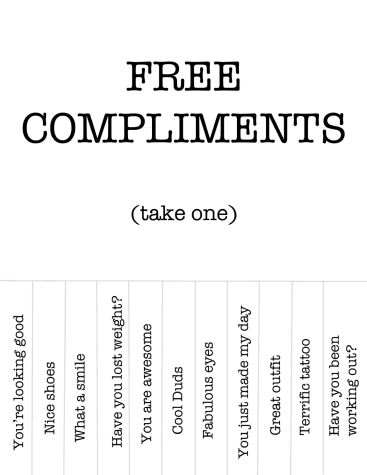 I took this lesson into adulthood and made it a habit to give compliments away freely. I found that these little gifts of kindness could go a long way.

Like Ms. Little, who sits right outside my office and spends a big part of her day answering the telephones. She’s worked at the university for decades and has served as an executive assistant for several senior administrators, including the Chancellor.

I stopped her one day and said, “I just love your voice. It’s engaging and it makes people want to listen. You should have gone into radio.” Ms. Little smiled. She commenced to telling me that in her earlier years at the university, she was the host of a radio show. She said it was one of the most gratifying jobs she’s ever had. Her face lit up and she thanked me for the compliment. I learned so much more about her in that brief moment. She was flattered that someone noticed. 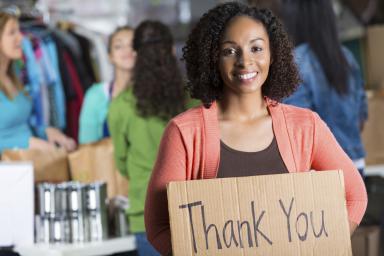 I think it’s especially important to compliment people as often as possible. Compliments build confidence and feelings of self-worth. They are reminders of who we are and give us permission to feel good about ourselves. They are equally gratifying for the giver and the receiver. And, they are completely contagious. People who receive compliments are more likely to share one.

Today, I gave a compliment to my co-worker who sends me encouraging text messages and really funny memes. They pop into my phone at the perfect time and they always make me feel better. I complimented my 11-year-old daughter on her new hair style on the car ride to school. She combed it herself for the first time and did a pretty awesome job. I could see the pride in her eyes.

It doesn’t matter what the compliment is, as long as it’s sincere.

Try giving out a few extra compliments per day. Those few words of praise, go along way.