Tonight, I’m having dinner with a long lost friend from elementary school. We reconnected on Facebook and I’m really looking forward to seeing her and getting caught up.

This is one of the many positive aspects of social media. It allows us to reconnect with our colleagues and classmates, and to stay abreast of family news. We also get access to a plethora of information resources. There’s a group for just about everything, making it pretty difficult to not find what we’re looking for. To top it off, it’s comedy gold.

But with the good, comes the bad. Social media is addictive. It’s a tremendous time suck. It feels mindless and self-absorbed and negative more often than not, and if we’re not careful, it can reduce us to mindless, self-absorbed, negative posts. Don’t believe me? Just take a scroll down your Facebook/Twitter/Instagram feed any time of day, and I’ll bet you’ll come across drama, shade, hate and cries for attention.

Yet, still we tune in. The attention-seekers’ “Look at me!” posts annoy us, but we look because of the whole train wreck thingamajig. We immediately hate ourselves afterwards. The game requests keep coming no matter how many times we delete. The political posts draw us in like they were aimed to do. It takes great restraint to keep scrolling when we read something that is blatantly false.

But what drives me the maddest are the posts that are flat out mean and malicious. The ones where people seduce craziness like a snake charmer hypnotizes snakes. And the crazies respond in droves. Mean people suck. The older I get, the more I appreciate people who are kind and helpful; people who post positive, uplifting messages; and people who abide by the sage advice of our elders: “if you don’t have something nice to say, don’t say anything at all.”

We see it all. Social media has it al 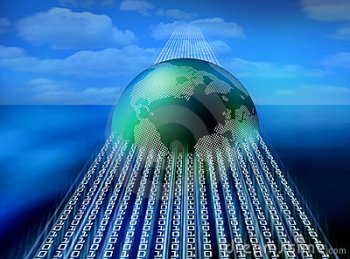 Unless one has been missing from Planet Earth in the past decade, it’s kind of hard not to see the shift in how information is disseminated and how social media represents a new paradigm. One irony that I’ve noticed is that social media users have become sensational in the same, oftentimes offensive way that some criticize the media for being – posting disturbing, insensitive, crass, perverted and bizarre videos, innuendos, news articles, and updates on a daily basis – sometimes multiple times throughout the day.

I’ve made a concerted effort to keep the vast majority of my posts positive – which isn’t too difficult for me because that’s largely who I am and also what I like to read. I try to include words and images that inspire and motivate. I want to be able to scroll down my page and read stories that uplift and not tear down.

I don’t have patience for whiners and complainers. I don’t have tolerance for mean-spirited comments. I will start to veto these posts with the power of the block feature, since too much of the negativity impacts my spirit. I’d love to see everyone acting socially responsible on social media. Is that too much to ask?

There is plenty wrong with the world. Our social media imprint doesn’t have to be one of them.