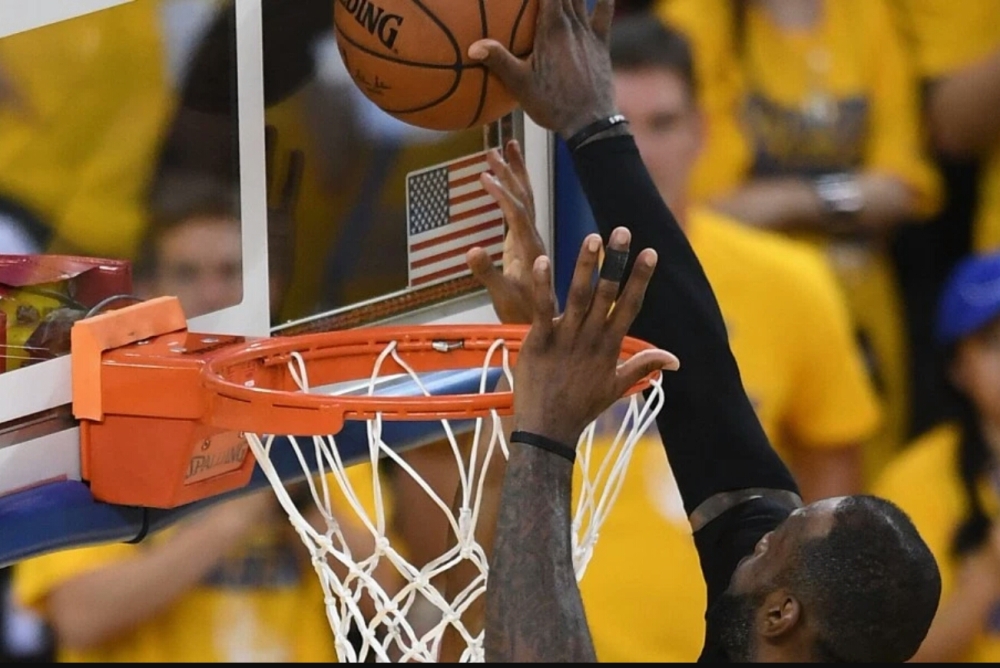 I almost died last night. My heart was beating so fast, it felt like it would jump straight out of my chest and plop on my laptop.

I was in the family room, seated in the recliner. Normally people relax in recliners, with their feet up, drink in hand, or on a table nearby. Not me. Not last night. I’m doing three things at once: watching the NBA Championship, typing furiously on my laptop, screaming at the TV under my breath (as to not wake up my toddler son), and texting several people. Ok, that’s four things, but anyway, I feel certain that I’m not going to make it.

I get up two times to adjust the air conditioning. It’s too hot. Then it’s too cold. I feel parched and a little unsettled. I can’t even imagine how my guy is playing. Under this kind of pressure. Carrying so much on his back. I focus on the score so I don’t see the balls fall or land. This is a slugfest and I want a blowout.

“My heart can’t take it” I texted a few family members. Only now, I think it’ll be a stroke that takes me out. I keep that last part to myself. 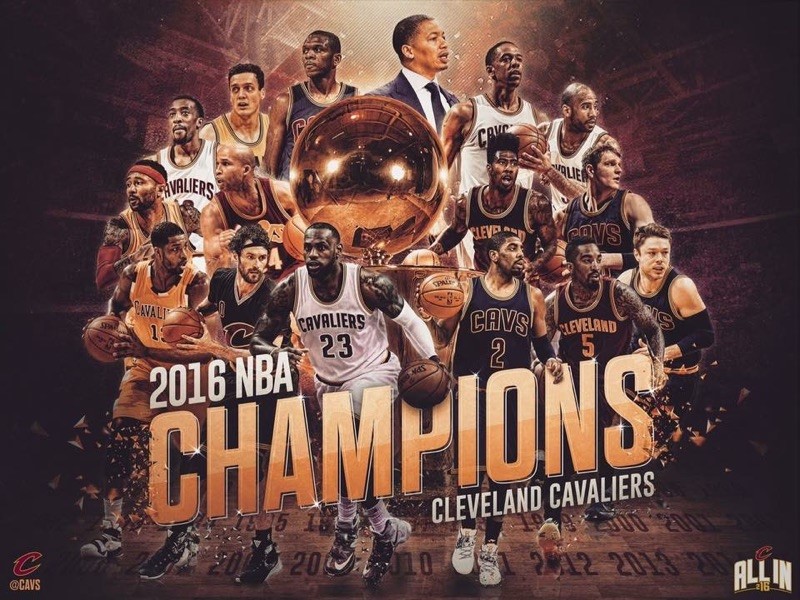 I’m a bag of nerves. I don’t have the temperament for this stress, and I’m not sure why I subject myself to it. Every year. Well, actually I do know why. I’m THE biggest LeBron James fan on the planet. I’m not from Cleveland, and in fact, have only visited once. However, a lot of Clevelanders can’t come anywhere close to me in claiming this #1 Fan Status. So many of them, hurt and betrayed by The Decision, abandoned Bron-Bron when he left for Miami. TV cameras captured images of some of them burning his jersey. (GASP!) Team owner Dan Gilbert ripped him apart in a letter that made me seethe with anger, and still makes me look at him side-eyed because God is not through with me yet.

I knew I would never abandon him. So, I packed my bags (figuratively, of course and not in the creepy and ultimately dangerous Yolanda Saldivar/Selena sort of way) and went right along with him to Miami. Next thing I know, I’m planning a vacation to Miami and buying Miami Heat gear. Then, of course, a few years later, he decides to come back home to Cleveland. 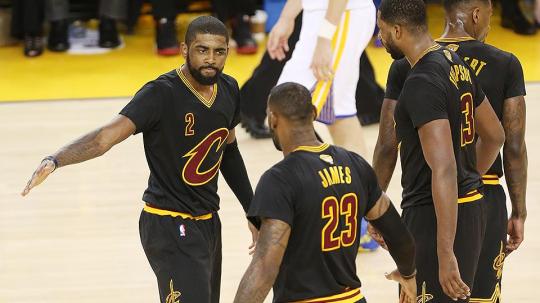 I’m not sure when it started, exactly. This complete adoration I have for LeBron. I know it was early on though. I followed him when he was drafted to the NBA as a teenager, just out of high school. But somewhere in like the second or third season with the Cavs, I became a diehard fan. Something just clicked. From that point on, I read everything I could get my hands on about King James. I watched, and then re-watched, and then purchased for my nephew his documentary, “More Than A Game.”

It’s funny because I loved Michael Jordan’s Bulls as well. In fact, I — like most of the country — was mesmerized by Jordan’s game, by his hang time, by how deftly he handled both the ball and his opponents. I wanted to be like Mike.

But my love for LeBron is infinitely deeper. His story resonates with me. He took lemons (a disadvantaged childhood) and made the best lemonade anyone’s ever tasted. I root for him on the court with wild abandon but I absolutely adore who he has become off of it. He married his high school sweetheart and the mother of his children. He reps hard for his community, his state, his people. He loves the kids. He helped his friends develop careers outside of him and then he supported those businesses. His teammates genuinely seem to like him.

He’s one of the smartest basketball players out there and he’s a quick learn in life. He’s much more graceful when he wins and loses than he was even a few years ago. He’s matured. His haters need to as well. Those who still judge him by The Decision are the ones who are stuck in time while LeBron has moved on so far past that point.

I am fiercely protective of him. That’s why I watched some of the Championship game last night with the volume muted. The roar of the crowd is deafening and my angst is high. This Golden State crowd booed him every possession the last game in Oakland and I didn’t want to hear any hint of it.

Until the fourth quarter. I need to take it all in.

I don’t even remember breathing in the fourth quarter, although I’m sure I did because here I am typing up this blog post. I do remember praying: “God, please let the Cavs win.”

It turned out to be a history-making game, wrapping up a tightly contested series. The Cavs became the only team in NBA history to overcome a 3-1 deficit in the NBA finals, winning 93-89. LeBron, the triple-double King, ended up with (you guessed it) a triple double with 27 points, 11 rebounds and 11 assists. He led Cleveland to its first NBA title. And the team accomplished this against a powerhouse Golden State Warriors team, a squad of 3-point assassins that set a regular season NBA record with 73 wins. 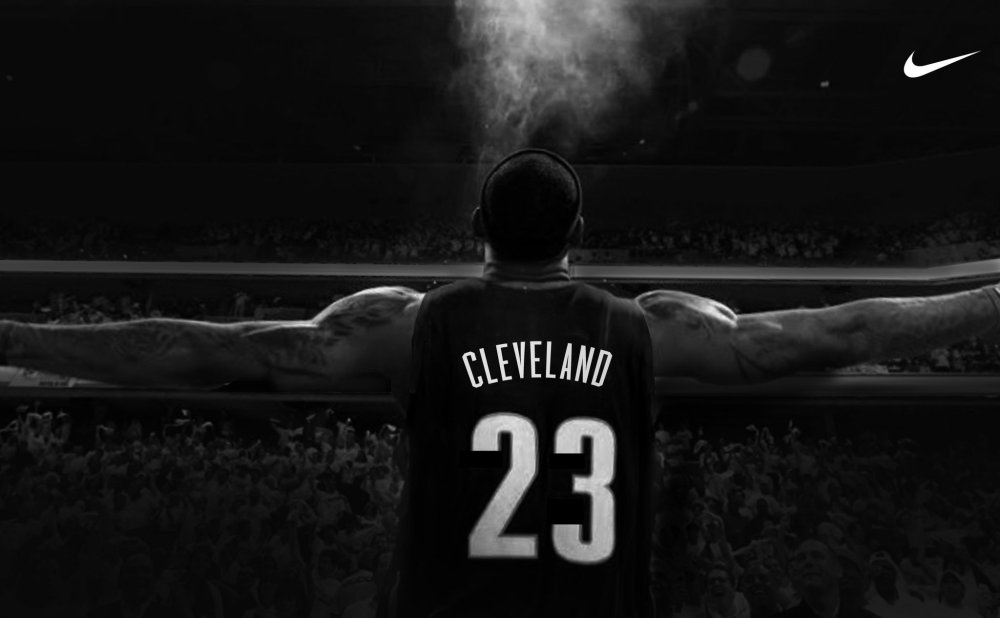 After the game, LeBron told SportsCenter: “This represents everything. I won two championships in Miami, but just knowing that 50-plus years in Cleveland, since Jim Brown, hasn’t seen a championship … that’s where all these emotions came from. I know the man above gave me a hard role. But I know the man above never puts something in front of a man that he can’t handle.”

I’m amazed at LeBron. I’m in awe of him. I’m thrilled with his accomplishments. I’m All In, this year and every year, until he retires from the game, and even afterwards.

He’s one of the best that’s ever done it, and I’m a fan for life. Even after Air Force One landed last night, President Obama and the first family sat on that plane to watch the end of the championship game, and history unfold.

LeBron James. Put some respect on his name.