A few years ago the idea of quitting would evoke my inner dragon. I hated quitting anything. It would make me feel as though I was incapable or weak or not smart enough. I was convinced that I could take on the world and carried this fearlessness around like a badge of honor. Excellence was my mantra and giving up was for suckers. 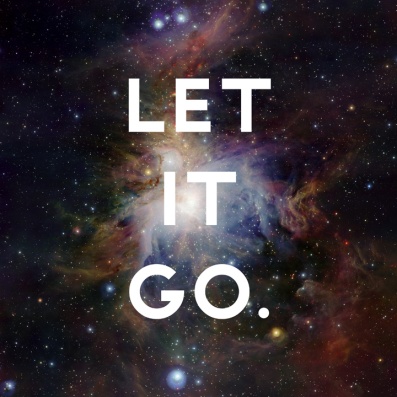 Or so I thought. I’d say I got it honest. I grew up around women who never quit at anything. I watched my mother hold on to her faith, my aunt hold on to her cheating husband, and many others hold on to traditions that no longer served their needs. They made an impression on me. I wanted to win and quitting was the last thing on my list. When I sank my teeth into something, you could be assured that I wouldn’t let go. This played out in my marriage, at my workplace and through my cemented opinions…to my own detriment.

Who knew the price I would have to pay for this invincible persona was steep. As I grew, I bumped into other women like me too. Women who stayed strong for the sake of the whole. Women who carried the lion’s share of burdens squarely on their backs and never complained. I heard stories of deferred dreams, of relationships that didn’t pay off. I saw time slip away from us all..time that was never coming back.

I eventually shifted my thinking. It was time to redefine things. These ideals I hoarded were killing me.

I gave up my attitude towards quitting. Winners do quit, they just do so at the right time.

I erased unworthy goals and became a little bit more selective of where and how I spent my time.

I learned the art of saying no and sitting through the stark silence that followed. It was sometimes deafening.

I encourage all of us to set new boundaries. Stop allowing everyone to have 24-hour access to you.

I invite you to practice tapping out, bowing out gracefully and really, really protecting your time.

I quit a multitude of things. I learned to let go. You should too.