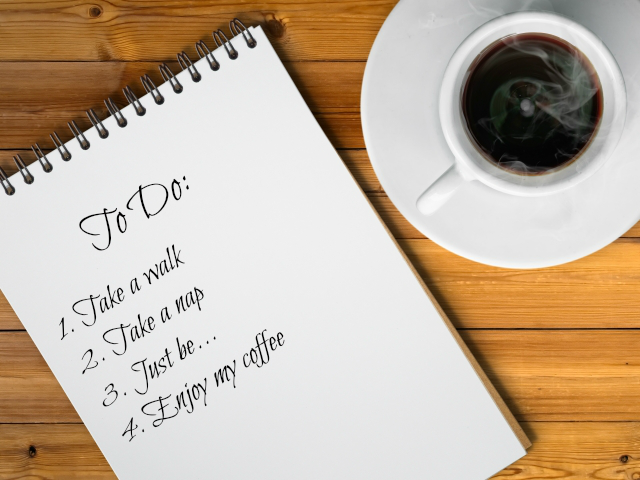 I have a confession to make.

I love lists! Making them. Reading them. Experiencing them.

I have beautifully bound journals of lists that I’ve jotted down over the years, that I can’t seem to throw away. I’ve managed to convince myself that they are worth saving. That I’ll want to read these lists someday when I’m old.

I’m always creating some type of list, whether it’s books to check out, movies to see, music to buy, or restaurants to try. I make the ordinary grocery store lists and ‘to do’ lists, but I don’t stop there. I create lists of places to travel, stocks to research, Web sites to visit and articles to read. I jot down quotes that move me. Wines to try. You name it. I have lists for days. I find that lists help me remember stuff. Lists also give me something to weigh my progress, or lack thereof, against. I find great satisfaction in checking stuff off my lists, and have even been known to write in an item that I initially forgot just to check it off. Don’t judge.

I also enjoy reading other people’s lists. I’m normally the one who gets sucked in by those articles with flashy headlines that promise to show me “10 Ways to Stop Procrastinating” or the “Top 10 Things Successful People Do When They First Wake Up.”

I’m such a sucker for lists. I even make lists of things I’ve learned. For example, each year I brood on the insights that I’ve gleaned over the previous year and then usually arrive at an assessment on or near my birthday.

These discoveries might not be earth shattering to most, but they are revelations (or reminders) to me. I’ve implemented some of these. Others I’m still figuring out. But I’m entrenched in the process. That’s the important thing. I’m discovering and evolving and working on me. Always.

Below are some of my epiphanies over the past year, in no particular order.