Today, on Memorial Day, the entire nation will pause to honor men and women who died while serving in the United States armed forces.

Many people will be visiting cemeteries to pay their respect to loved ones who gave their life in service to this country. Others will mark this special day by placing an American flag at the grave sites of the fallen. Millions of Americans will gather at cookouts to celebrate the joining together of family and friends. 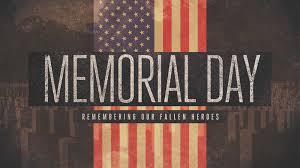 Memorial Day is said to have grown out of a tradition of decorating the graves of fallen soldiers. Prior to 1882, it was called Decoration Day. The practice was started by women. I imagine that they were regular women, like you and I, who grieved the loss of their husbands, fathers, brothers and sons and wanted to honor their sacrifice. I’d like to think that they were women who hoped. 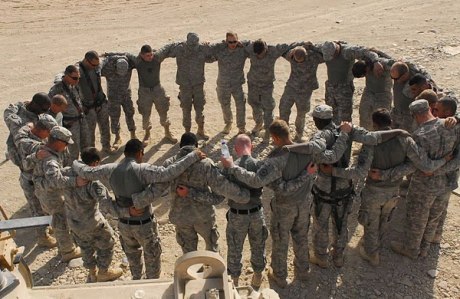 In all the American wars, dating from the American Revolution to the Gulf War (1775-1991), there have been 651,008 battle deaths and approximately 1.2 million deaths during service in war time. Today we honor them.

In between the many celebrations that will take place today, I encourage you to take the time to remember these fallen soldiers and the families they left behind. Take time during your cookouts to have a moment of silence. If you know anyone who’s a veteran, give them a call and thank them for their service as well.

Today, let’s pay homage to all those service men and women who gave the ultimate sacrifice, and as always, let’s continue to pray for peace.