Most of us tend to shy away from tough conversations. We women, including myself, prefer not to ruffle feathers. We avoid conflicts like the plague and will find the most creative ways to remove ourselves from the room if there’s any indication that it’s about to get uncomfortable.

We take ourselves right out of the equation of saying the things that mean the most.

The idea of hurting someone’s feelings just isn’t worth it, is the story we tell ourselves. The thought that our words would leave another person upset makes us cringe on the insides. So, like most normal human beings, we do the abnormal thing of building barriers instead of bridges and creating wedges within our everyday relationships.

We want to be liked so we just “keep it moving.” 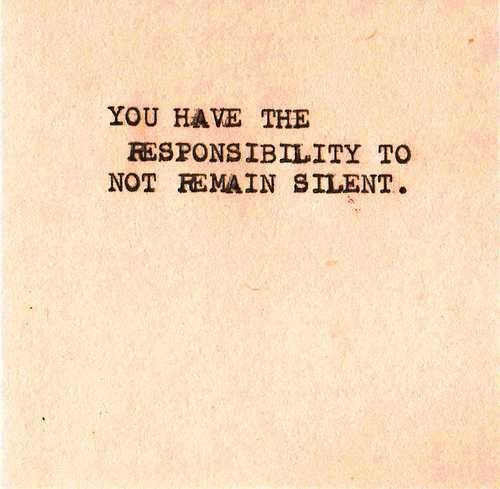 I used to make up scenarios in my head about how those difficult conversations could possibly go. It would start out with my good intentions in tow, then suddenly someone would take a sharp left, misunderstand what was said, and almost always my efforts would crash…and then burn. These make-believe stories always had a great beginning, rickety middle and tragic ending. I convinced myself that the other person was either too hard headed and wouldn’t listen anyway, or that they were too fragile and wouldn’t recover.

I didn’t realize that playing it safe was turning me into a liar. Silencing yourself can do that ya know. And the real villain in the story is your fear.

But it’s high time we do and say the things that really matter. Try telling a friend that her bad attitude makes you uncomfortable in public. Try telling your co-worker how it affects you when he’s not pulling his weight on a project. Ask yourself, will having this conversation be beneficial to both of us? If so, it’s time to discuss what’s at the heart of the matter.

Commit more time to meaningful conversations that move you forward. And don’t shy away from exploring vulnerable discussions too.  Try sharing with your spouse the one thing that still turns you on even if it makes you feel silly. Tell your significant other you love him at the exact time you feel it.

Saying what matters is an evolutionary tool. Conversations that shift our thinking turn into individuals who can solve problems at work, in the home and throughout our communities. When one person grows, we all grow. Say what matters. Make it count.